A Prince of Their Own

Ours is not to wonder why. Ours is just to do or die.

With Vincent Gideon retired and living high in the mountains outside Denver, Colorado, the now renowned Bridgit Flynn continues the Gideon Detective Agency’s day-to-day services. Bridgit can still remember an earlier case where Vincent let a serial killer, Rosenthall, the first book in the Gideon Detective Series, go free and never over the next twenty years did she ever give him her understanding as to why. She was only twenty years old at the time. 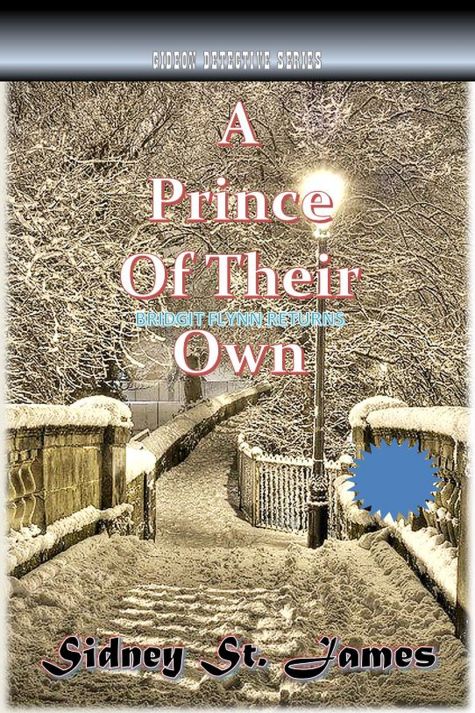 Dave Henry, Jonathan Lane, and Stephen Moore were elected as the committee to search out a detective agency to find out and solve a rash of robberies from tenants living in the Riverside Hotel, an exquisite five-star place of accommodations in Black Rock Cove. She had just completed a baffling murder case in the small fishing village of a bank teller two weeks earlier and found the visit of three gentlemen to her office in Portland somewhat surprising so close to her finishing the prior case.

After listening to their report on the slippery capabilities of a thief and that no detective firms have been able to solve the case, she begins to put a plan together. Her skillful ability to devise methods that help explain cases came up with a unique plan to give Hans Schedl his first undercover case.

His first stop was the Regal Hotel, a swanky ski resort for the younger fast-lane crowd. If one looked closely at the flagstone floor, the heating that was hidden underneath would melt any of the finest chocolate one might leave in a sack on the tile. The armchairs were perfectly positioned to watch the skiers and snowboarders come down the mountainside and as they left their equipment outside and trudged in shaking off the snow from their heavy boots.

His undercover assignment forced him to first staying at the Regal until he could get his credentials in order before moving to the Riverside Hotel, the only five-star long-term lodging establishment on any of its type on the west coast.

There wasn’t a hotel any finer than in Black Rock Cove. Warm croissants, homemade jams, and, oh, yes, the fine coffee. No doubt the air smells like every seaside daydream and the pace of life was only fast in the social lane inside the hotel.

Every morning the only wakeup call The Prince and others would get was a chorus of seagulls that lit between the leafless trees in the winter outside his bedroom window.

Besides, it was here where all the robberies were taking place, and it was here the Prince needed to be to help solve the case!