Book 5 in the Whodunnit Series

Sometimes the truth is said to be stranger than fiction, and indeed, the bizarre murder that took place in Eagle Lake, Texas Wednesday morning, goes a long way towards verifying that saying. 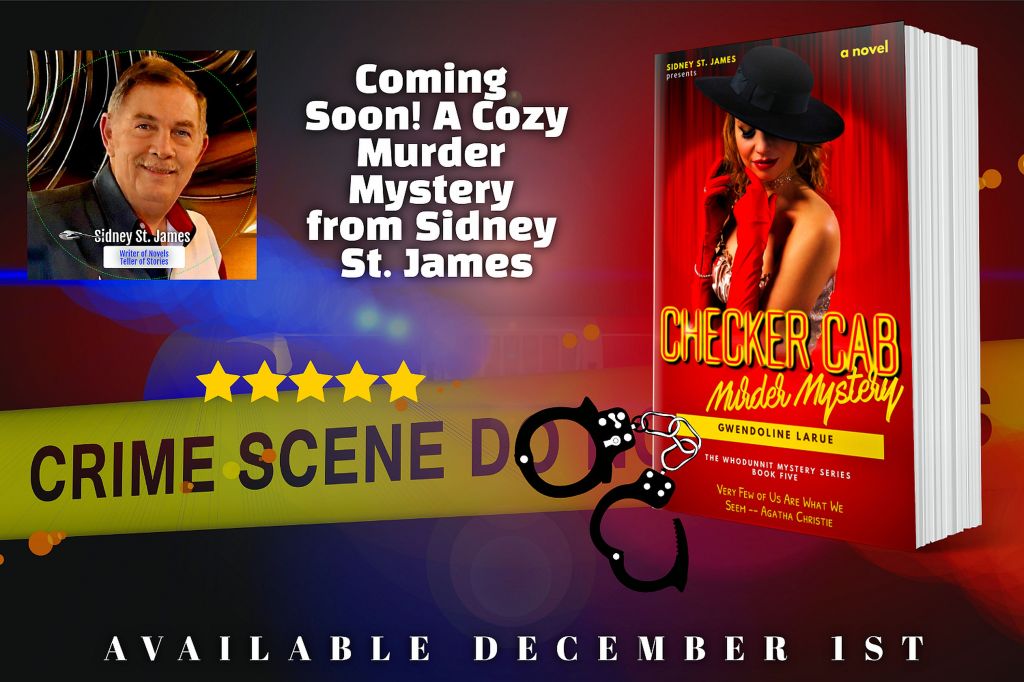 A man is found dead in the backseat of a Checker Cab in a small city sixty miles southwest of Houston. One of the community’s leading citizens is accused of the murder. He pleads his innocence yet refuses to give an alibi as it would have devastating repercussions for the woman he loves, Patti Merritt. The case falls into the hands of a determined lawyer, Daniel McCormick from Wharton, Texas, and an intrepid detective, Vincent Gideon, to find the truth, revealing long-kept secrets along the way.

Oh, to have the skills of the great detectives. To have the mind and eye for clues equal to those of the famed detective, Vincent Gideon. Ask this detective why the escalator handrail moves slower than the escalator, and he will give you an answer. Ask him what happens to all one’s missing socks. Or, ask him who killed the victim in the backseat of the Checker Cab. He will give the reader answers throughout the book but won’t answer who the assassin is until the very end.

A week before the murder, our killer watched the latest horror movie at Rice Theater, downtown. He thought over and over how he would commit the murder. He drew up a long list of ideas… throw the body over a cliff, poison, or degrade the man’s brake pads. He also thought about where he was going to hide the body. That’s when he decided to kill his victim in the backseat of a taxi cab and let the cab driver discover the body later, after he had made his escape. Yet, he thought about the evidence he would leave behind… fingerprints, a footprint, or maybe even a witness. For over a week, he kept the murder inside of his own head until something made him snap!