REASON 2 OF 5: Is the Bible All That Clear to Understand?

REASON 2 OF 5: Is the Bible All That Clear to Understand?

After searching for answers in “Seeing the Power of God,” Rusty Thornton is shown his path by God. However, I found during the writing of this novel, the Bible isn’t really all that easy to understand. Again, I refer to the Bible during the Civil War. Often at that time, for the sake of supporting one side or the other, people, especially ministers, would begin with the phrase, ‘The Bible clearly states…’ this was followed by a particular scripture of their choice.

Billy Joe Briscoe and Rusty Thornton both found in the novel a great deal of tension and lived on both sides of a narrow gray line on all types of subjects. In my book on the Old Testament, “Genesis – Stepping Onto the Shore and Finding It’s Heaven,” we can easily read the commandment from God Almighty about ‘thou shall not murder and then later listen to Jesus Christ explaining to his disciples that violence isn’t the answer nor the path for His people to follow.

Let’s halt and reset for a moment. In the novel, Rusty Thornton searches for this answer. God tells the Israelites to go and destroy every living creature in the villages, which included men, women, children, dogs, and cats. Then we read in the novel Genesis, where Moses murdered an Egyptian guard without God punishing him.

Because of this scenario, many Christians believe ALL violence is a sin. Others think killing someone in self-defense is OK. Some find war itself as being justifiable… others find it inherently immortal.

In writing the six novels in The Lincoln Assassination Series, I discovered ‘One Bible. One subject. Several different ways for interpretation.’ What this means is that when searching for an answer in the Bible, it may not always be as transparent as we would like it to be.

BOOK 6 IN THE FAITH CHRONICLES 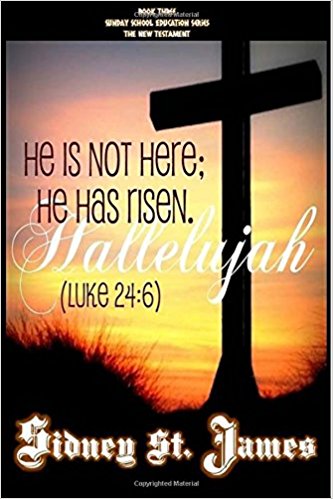 HALLELUJAH -The Story of the New Testament

Let’s back up once more. Let’s once more use the phrase, ‘The Bible clearly states…’ What we are really saying is that my interpretation of a specific scripture allows me to be justified in the perspective that I hold.

In concluding, when you read and study this library of ‘books’ in the Bible, we must admit there are ambiguities.  Read about them in “Hallelujah – He is not Here; He Has Risen,” However, it doesn’t diminish the scripture to acknowledge that they are very complex at times. However, the most significant works written throughout history are… are they not?

We guys love this pickleball sport, too. Especially when we have the “Gender Bender” matches… boys against the girls!