My newest release, scheduled for the end of August 2018, has been on my mind for several years. The novel has been added to the Faith Chronicles Series as Book 4 and is called, Seeing the Power of God! 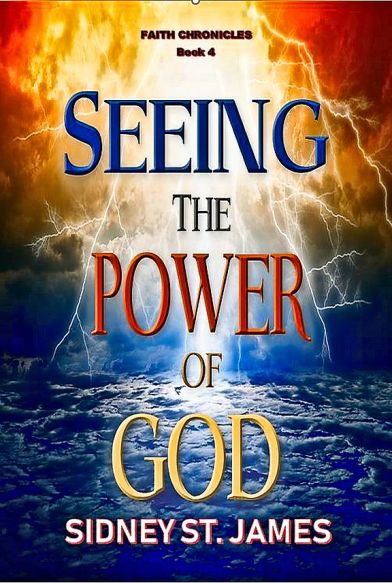 After writing Genesis and Hallelujah, I became wrapped up as one of those people who asked, “Can anyone be a Christian and not believe in the Bible? Is it wrong to question any of the scriptures in the Bible?”

Some people believe questioning the Bible, the direction God is going, or even God himself, is blasphemy. Some think it is a sign of disbelief. Daniel Thornton is one such man. He believes his son, Rusty Thornton, is lost without God and takes him to a faraway place in the early 1950’s near Spicewood, Texas where he would never come in contact with people. He has an ancient version of the King James Version of the Bible and begins to try and cure his son’s affliction of skepticism.

The mystery of why he has such cynicism is possible because he remembers nothing before his eighteenth birthday. The first book he read after learning to read and write was on Hinduism. His father didn’t know how such a book ended up in his library, but he took it and hid it from his son. Was it too late? Did what he read about Vishnu and Krishna absorb his entire thought process where he never recognized Jesus Christ as the one and only son of God? Who’s right, Daniel Thornton or his son?

What was this strange ability he had with being able to communicate with animals, one of God’s creations? Why can’t he remember anything in his life before his eighteenth birthday? Who is his cousin, Carolyn Thornton who comes strangely into his life on his twenty-first birthday? Who is the stranger, Billy Joe Briscoe who is hired to become Rusty’s companion and teach him about Jesus Christ and the Bible?

There were many scriptures in the Bible when working on the two novels in the Sunday School Teaching Series that made me as if it was okay to ask questions of the Bible. This novel, in a way, answers many of those questions.

I try to answer the question “Is it wrong for Christians to Question God?”

I won’t give you the spoiler in the novel, but you will find a very unusual mystery of young Rusty Thornton, one that is not answered until the end of the story, as to why he questioned God’s words in the Bible. The first half of the book refers to the Old Testament. The last half refers to the New Testament.

But, if we are questioning the scriptures in the Bible because we desperately want to know the answer because we are searching out and really want to know our Lord because we want to see the light in so much confusion, then that should be okay.

In the mind and thoughts of Rusty Thornton, it is perfectly fine to do so!

All the girls came out of the woods and then grandpa came out and not pictured dad a little later!!! Estes Park!!! 😀