By The Sidney St. James Show - Award Winning Author and Worldwide Podcast Show in Miscellaneous, Mystery, Romance on May 23, 2018
No comments 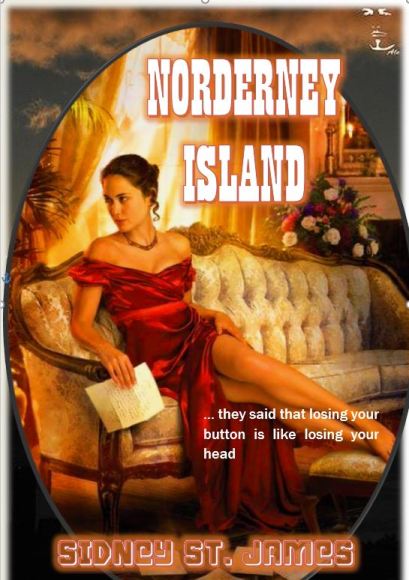 The greatness of King William came from the way he loved all the people. He was one who truly listened, with his heart, his ears, and his eyes. He saw the entire person in a way that others couldn’t. It was as though he was alone somewhere calm and collected.

The most troubled souls of the peasants became calm. Those from as far away as Schilig came to Norderney Island to seek his counsel. It was as if everyone had a thirsty soul. There was no doubt he was the most popular King to rule the kingdom in over two hundred years.

Although Baronesses Roberta respected him as a man and a dear friend, she recognized him as her king! Why not? After all, she married the King’s grandfather and was the oldest of royalty in the kingdom, soon to celebrate her ninety-second birthday.

Then there’s the odd three-some. Their adventures through life are where the real story lies. There’s the King’s second son, Count William, the ordained minister, Baron Johann Meyer, and the old Baroness’s grandson, Baron Vincent ‘Vinny’ Fischer escaping for three months on the high seas after graduating from the University of Schilig on the northern coast of Germany.

As the three men’s exploits continue, follow them as they experience the Undines, found around forest pools and waterfalls. There’s superstition galore on Fohr Island. There’s the encounter with the Hell horse. The story of where Thor fought his last battle, and storms and rescues on the high seas.

But, most of all, let’s not forget the romance. The three men draw straws to determine who the father will be for a damsel in distress. Follow one as he loses his silver button on the dance floor and relates it quickly to losing his head. In doing so, he goes somewhat insane, and everyone thought he had too much to drink, but in fact, it was his panic over losing a single button off his jacket, silly but true.

And, lastly, let’s not forget how the three adventurers all find love as they become foster parents by the withering Gooseberry Bush. In our German setting, it is correct to say that the words were nineteenth-century slang for a woman’s private parts. From this came the saying that our main character, Christina, was born under a gooseberry bush!

This Victorian romance novel is scheduled for release on May 29, 2018 from BeeBop Publishing Company. Find other great novels from Sidney St. James on Amazon.com. And, please feel free to join his blog at www.sidneystjames.com.

We guys love this pickleball sport, too. Especially when we have the “Gender Bender” matches… boys against the girls!