First things first! Mary Elizabeth Surratt spent this entire week as a special promotion at Amazon.com. I am happy to say the novel reached Number 8! Thank you everyone that picked up a copy. Your kind words when finished reading is appreciated in your review.

Now, to bigger news. My newest release, NORDERNEY ISLAND – A Romance Suspense Novel is due out May 29th this year.  Please see below a peek inside and how it kicks off. 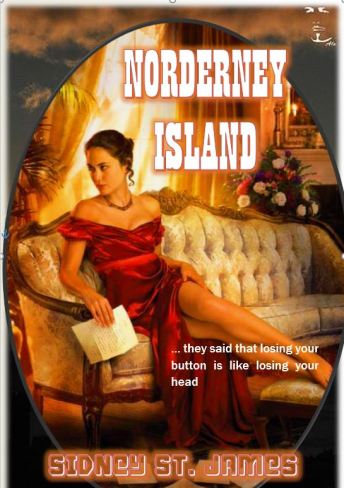 At first, there was a refreshing breeze blowing from the northeast. A young woman stood near the edge of the water on Wanderooge Island staring out to sea while the wind whispered like a lover, placing salty kisses upon her cheek and tousling her long auburn hair.

On days like this, the wind playfully filled the sails of the harbor vessels, fluttered their flags and set in motion the puffy white clouds high above. A gentle smile crossed Mila’s face while she held out her bare hand like a starfish to feel the breeze gently wrap around her pale colored fingers.

There were times she was standing in this same location when the wind drove the waves to crash as far as the road in front of her, sending white spray high into the air.

She closed her eyes a moment to the lullaby of the ocean, breathing in its poignant salty breath. The waves came, transient yet always there… rising and falling. They scattered the light, the hue of the water ever changing yet always familiar, always blue. One can’t fail to love them as they danced inward, crashing on the tiny shoreline sand pebbles.

A party assembled near the woman and sat down quietly to a picnic which was prepared earlier in the morning. The carriage that was to take them back to the manor house stood nearby.

The swells began to rise higher and higher. The breeze increased. The cork exploded out of the champagne bottle. Then, a sudden sharp gust blew the napkins everywhere. It also took hold of the front flaps of the ladies’ cloaks. The wind began to change to a northwestern blower, common with what was now late autumn.

“The wind is getting stronger and stronger. It’s going to be a storm! Look at the dark clouds way out at sea.” An elderly woman said sitting near the younger girl.

“It’s great, mamma. Now, if only we could but see a shipwreck!”

“Hold your tongue, dear. God will not look favorably on that sort of talk.”

“But the men will be stranded here on our island. They will be well treated! We can supply them meat to eat and champagne to drink. We can make up beds for them at our home. We can-.”

“Enough. Pray be quiet… it is terrible to think such a thing.” She paused and stood up, pointing her finger out to sea. The waves have climbed much higher.

“Oh, my dear, I am afraid you might get your wish child. Look! There’s a small vessel out there. Good, God! It will surely be capsized in the waves. It can’t go on. It just can’t.”

“Thank goodness, Mamma we are on dry land.” She was most curious watching the changing expression on her mother’s face.

“Indeed, my child.” She pondered on a cauldron of thoughts.

Far in the distance was the struggling boat. It came from the coastline side of the Friscian Island chain. If one could look closely, they would see that there was only one sail full of the wind, swelling in the strong gale. It was driving the vessel like a speed boat through the high waves. The ever-increasing waves lifted it up so that one could almost see the keel. Then disappearing half of the sail out of sight in the hollows of the white capped waves.

“She will never make it!” Sophia said while her face clouded with uneasiness.

Standing nearby, a member of the group and an older man said, “She will be fine where she is right now. It is when she leaves that other island and get outside the sand-reef, it will be a hard trial for them to continue.” He backed up from where he was standing and got nearby the carriage.

The young woman said, “See, Mamma. Look! The boat is having to struggle now.” She cried as the boat crested again on top of a wave. It was close enough one could see the water rushing over its decks.

Instead of scolding her daughter again, she said, “It’s terrible, just terrible.” She paused a moment. In a light whisper, she said, “But interesting.”